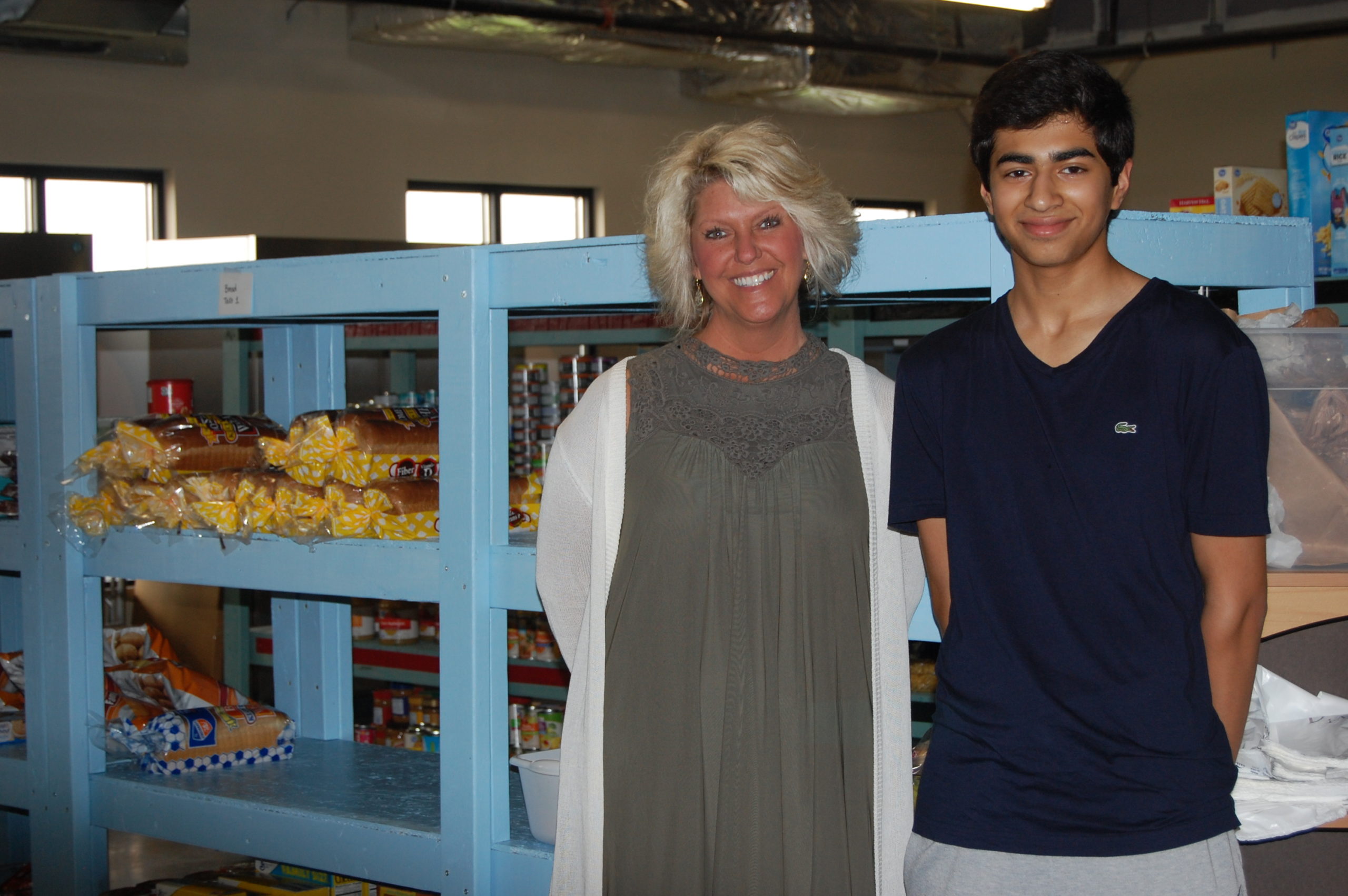 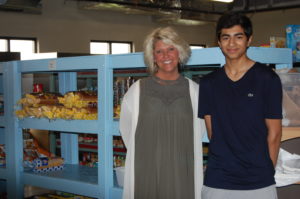 As a regular volunteer for the last two years, Naveen was familiar with the rickety, low shelves he just replaced.

“I’ve never built anything before,” he said; “but I wanted to learn those skills.”

After raising approximately $300 for supplies, Naveen organized fellow scouts to build the 8-foot long shelves on sturdy casters. He delivered them April 21.

“The old shelves were not meant to hold the weight we needed,” said SCAC Executive Director Wendy Ford. “These give us additional shelf space to serve our neighbors.”

“I had been volunteering at the SCAC for sometime and noticed that they had a need for more shelves in front,” Naveen said. “Interestingly one day while I was volunteering I overheard SCAC staff saying how nice it would be to replace the smaller shelves.”

Naveen, who spent approximately 86 hours on the project, is the son of Sarita and Ramesh Kamath and a member of Boy Scout Troop 7. His next goal is to achieve the rank of Senior Patrol Leader in his troop. He plans to continue volunteering at the SCAC as much as possible.